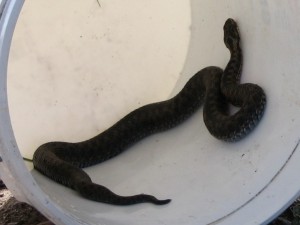 All species of reptile are protected under the Wildlife and Countryside Act 1981.  The four widespread species (adder, slow-worm, grass snake and common lizard) are found in a range of habitats including rough grassland, heath and scrubby woodland.  They may sometimes be found in and around development sites, particularly those with habitats that have remained undisturbed for some years such as the periphery of quarries, vegetated embankments, railway corridors etc.

Reptile surveys usually involve placing artificial ‘refugia’ (e.g. pieces of roofing felt) in suitable habitats around the site.  These are left for a few weeks for any reptiles to get used to using them, and then they are checked on a number of occasions (typically at least seven) in suitable weather conditions.  The optimum times of year for carrying out reptile surveys are spring 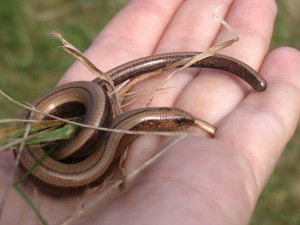 Jan Wilkinson is an experienced reptile surveyor and has designed and implemented numerous mitigation projects for reptiles, including several very large and complex schemes.