Wilkinson Associates can provide ecological expertise for a very wide range of clients and projects, from a simple survey to a complex mitigation scheme, and from a single home extension to a large quarry or infrastructure project. Some examples of the many projects we have been involved in are given below. 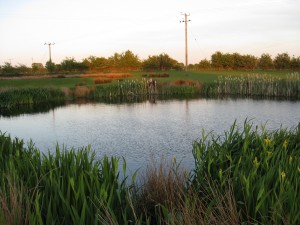 An Ecological Impact Assessment was prepared for a proposed new sand quarry in Lancashire. An extensive suite of ecological surveys was carried out including Extended Phase 1, National Vegetation Classification (NVC), River Corridor Survey, River Habitat Survey and surveys for great crested newts (GCN), water voles, otters, badgers, bats and birds. Further ecological information provided during the planning process included a GCN Mitigation Scheme and Masterplan. Supporting evidence was given at a Public Inquiry into the proposed development. Following the granting of planning permission, ongoing works are now being carried out to fulfil planning conditions and the terms of a Section 106 Agreement. These include the preparation of a series of Management Plans and the implementation of a licensed GCN mitigation scheme. 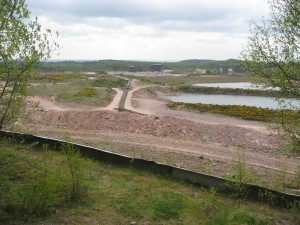 Wilkinson Associates has been providing ecological support and advice at this large sand and gravel quarry since 2003.

Great crested newts were translocated under licence from a large former silt lagoon to a series of specially created ponds within a restored area of the quarry.  The project required a number of technical innovations owing to the difficult topography of the area inhabited by GCN, which included a high rock cliff and a section of old road.  Several additional translocation projects were also carried out in different parts of the site, including along the line of an old road and the site of a former concrete block plant. Monitoring of the translocated population has been carried out annually in subsequent years, alongside vegetation monitoring of an area of heathland habitat 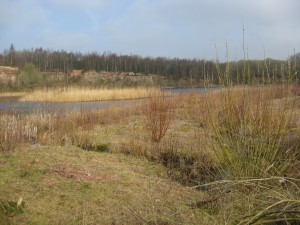 An Ecological Impact Assessment was also carried out in 2010, in connection with a planning application for a proposed time extension for the quarry.  This included an Extended Phase 1 Habitat Survey of the whole land-holding, GCN surveys of all waterbodies within 250m of the site, and a detailed analysis of existing survey and restoration data and bird monitoring records. 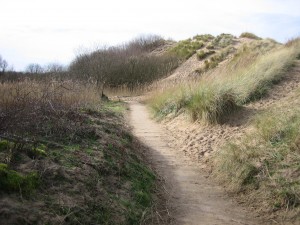 Preparation of a full environmental statement (ES) for a proposed cycleway passing through a coastal Site of Special Scientific Interest (SSSI) and Special Area of Conservation (SAC).  The key issues included potential impacts on sand dune habitats of international importance and on protected and biodiversity priority species including Natterjack Toads, rare invertebrate species and several nationally scarce plants. Habitat and botanical surveys were undertake and recommendations were made for the avoidance and minimisation of environmental impacts.  The cycleway has now been constructed.

Several additional projects were carried out at the same site, including an assessment of the ecological impacts associated with infilling low spots in the dune system with imported sand.  Mitigation measures for Natterjack toads were implemented in connection with this project. 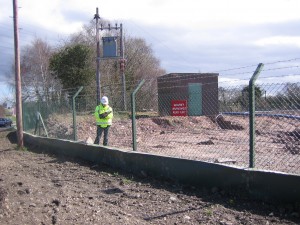 crested newts which were moved from a former clay quarry in North Wales to a specially created 4 hectare reserve with 10 breeding ponds and associated terrestrial habitat.  More than 1300 great crested newts and some 10,000 smooth and palmate newts plus a smaller number of grass snakes were translocated over a three year period by a team of field workers.  Five years of post-translocation monitoring were carried out and the receptor site has now been included within a Special Area of Conservation designated for its exceptional great crested newt population.  Subsequently acted as Expert Witness at a Public Inquiry and a Lands Tribunal involving this site, and supported the clients through three changes of site ownership including a further limited translocation exercise. 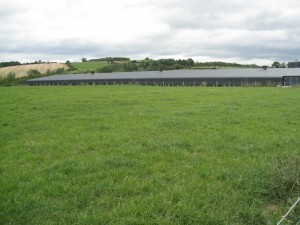 An Ecological Appraisal was carried out to advise on potential ecological issues in connection with the proposed expansion of a Broiler Production enterprise.  The project included a desk study, an Extended Phase 1 Habitat Survey and a Habitat Suitability Index (HSI) assessment to evaluate the potential of a pond near the site to support great crested newts. The project also included advice on design features for a new attenuation pond to provide wildlife habitat as well as draining clean surface water from the site.